Renters could save about £272 on average from June, but agents may seek to claw cash back

It may be a little chilly for dancing in the streets, but those who rent their home have had two things to celebrate in January.

Renters have been beneficiaries of uncertainty, which has had a cooling effect on the property market and forced landlords to rein in rent increases. But there was more tangibly good news from the House of Lords, which approved the government’s much-delayed plan to limit charges landlords and letting agents can levy on tenants in England. More than two years after the tenant fees bill was proposed by the chancellor, it is finally due to become law this summer.

While it will only apply to tenancy agreements signed after the start of June, the savings for tenants will be immediate and substantial.

Landlords and their agents will be banned from charging tenants for credit checks, inventories and references. At an average cost of £272 per person, such red tape can be eye-wateringly expensive; especially since it often comes at the start of a tenancy, when tenants also have to pay a deposit and their first month’s rent in advance.

Most galling of all, these checks serve the interests of two sets of people, neither of them the tenants.

While some fees provide reassurance to landlords, others – such as spurious charges for drawing up “cut and paste” tenancy agreements – merely line the pockets of letting agents.

The fees are a symptom of a system which is tilted in favour of property owners and their agents, rather than tenants. Take credit checks for example. Landlords, quite understandably, like to know a would-be tenant’s credit history. But letting agents like to charge applicants, rather than landlords, for the privilege. Running an online credit check can cost just a few pounds, yet many agents charge more than £50.

So good riddance to such egregious charges – it’s just a shame that it has taken so long for the ban to come into force.

Unsurprisingly, the bill has faced fierce opposition from landlords and letting agents, and with so much parliamentary time taken up by Brexit, its passage through Westminster has been glacial. Even though its lobbying has ultimately failed to block it, the industry has had plenty of time to prepare for the ban – and no-one expects it to take the new rules lying down.

The new law is detailed and specific, capping deposits and banning many of the most common charges. But there are a couple of loopholes: agents will still be able to penalise tenants if they pay their rent late or lose their keys, so anyone who makes that mistake can expect to be hit hard.

The timing of the ban is particularly awkward for lettings professionals. It is an industry built on volume – it needs a steady throughput of new tenancies to keep the money coming in. The current slowdown in the market, and the slowing pace of rent increases, are already squeezing margins.

That’s why the fees are so valuable. In an ironic twist, many were introduced by struggling agents a decade ago during the property crash; now, once again, they’re a crucial revenue stream.

Once the bill becomes law, agents will face a tough choice – take the hit or charge landlords more. Neither is particularly attractive, as the sluggish market means there is intense competition for landlords’ business, and raising fees more than a rival could lose valuable clients.

The pressure will be particularly acute on the high street where agents have higher overheads than their online rivals. There are about 16,000 branches around the country, many single-office operations which could be forced to merge with rivals to survive. Even the bigger agents, listed on the stock market, will face pressure from shareholders over what they are doing to protect their profit margins.

In the longer term, agents will have little choice but to find ways to recoup their lost income. Charging landlords a higher commission to find tenants and manage properties is an obvious starting point, but they could also do to property owners what they did to renters a decade ago – introduce new admin fees.

But as the whole thing comes full circle, tenants should be wary of schadenfreude – as landlords are likely to respond to their additional costs by putting up rents. 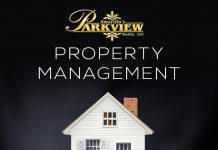 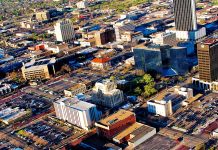 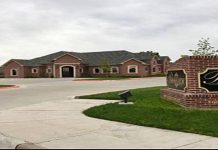 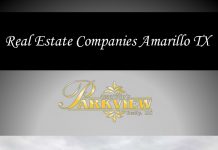 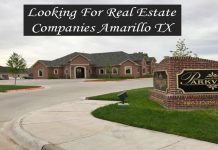 10 Common Local SEO Mistakes And How To Avoid Them

The best products for bushy brows

When it comes to feeding the soil, cow manure just can’t...

2020 Cadillac XT6 revealed ahead of the Detroit Auto Show

8 Brilliant Car Rental Hacks That Will Save You Big Bucks

CBD Oil – Is It Really Healthy?

February 23, 2019
We use cookies to ensure that we give you the best experience on our website. If you continue to use this site we will assume that you are happy with it.OkPrivacy policy